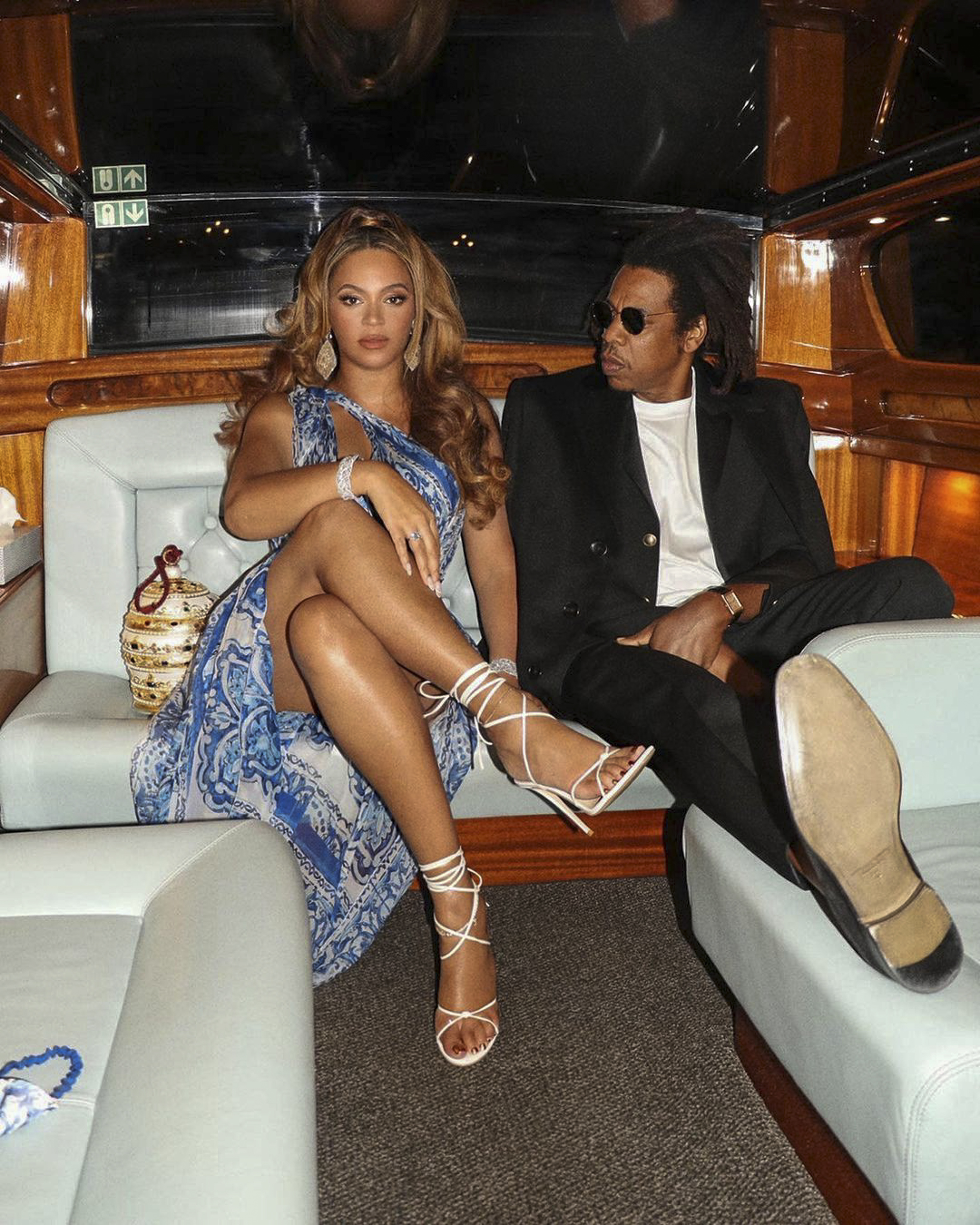 Beyoncé and Jay-Z just dropped a new short for Tiffany & Co. — and this one stars their first-born daughter, Blue Ivy Carter.

In the latest commercial for the American luxury jeweler and specialty realtor, Bey is seen riding around playing a game of “He loves me, he loves me not,” flower in hand. Along the way, her driver picks up Jay, as they famous couple have plans to go all in for Date Night. Hov is in the mood for pizza and champagne, all of which they munch on in the backseat. There’s a little dancing, a little hand-holding, some flirting, and Bey even sings along to Paul Anka’s 1959 “Put Your Head On My Shoulder” (recently sampled by Doja Cat in “Freak,” who inspired TikToker @yoelise’s viral Silhouette Challenge).

Next up, Blue Ivy chases down her mom and dad’s car and joins in on the fun. Watch the clip, shared by Beyoncé earlier this morning.

It’s safe to say, fans are thoroughly entertained. “Give my sister Blue her Academy Award right NEOWWW!,” one person wrote in Bey’s comment section on Instagram, while another added “y’all to hear her have a convo with anyone.. BLESSED!!!🤣🥺.”

Beyoncé and Jay-Z announced their partnership with Tiffany and Co. over the summer. The couple received some negative press around first-look images, in which Bey rocks the infamous Tiffany Yellow Diamond, only ever worn by three other famous women. The 128-carat rock is believed to be a blood diamond from South Africa. In response, Tiffany & Co. teamed up with The Carters in support of the Black community, giving out $2 million in HBCU scholarships through the ‘About Love’ scholarship program.

More on that HERE and let us know what you think about the latest in their joint effort after you tune in above.