Jeff Mills is a household name both in Detroit and in the global techno community, though he has never become a pop culture icon. He is a Detroit-born producer famous for his ‘stripped-down’ techno and a lot more. He owns his own label, Axis Records, and he participates in the fine arts and experimental film world.

As one of Detroit’s greatest musical exports, it was only natural he headline this year’s Movement festival.

Sunday May 29, on the second day of the festival, Mills took the opportunity to premiere his latest film, Mind Power Mind Control (60 min, 2022). The film’s soundtrack is Mills’ conceptual album by the same name.

Grateful to take a moment away from the sweaty festival grounds, I Ubered to a local arthouse theatre, Cinema Detroit. There, Mills himself introduced the film, and an hour of blissful contemplation followed. I had come wanting to find a distinct angle on the Detroit music scene, and so I did.

This was the official world premiere of Mind Power Mind Control – and I got to watch the culmination of 6 years of work and 12 years of shooting in an intimate space filled with other music and film lovers. It’s just another example of the seamless cultural wealth of Detroit.

Through unique editing and sound design, the film invites its audience to enter a ‘dream-like state.’ We are transfixed by surreal textures and people as we explore themes of “self-power using the mind, self-defense/reliance, and special human abilities.” The film’s soundtrack is a “journey for the listener to enter the labyrinth of their own mind and confront whatever lies before them.” As someone who loves astronomy (not astrology), I noted the spacey futurism of Mills’ overall aesthetic, which I had not had much exposure to beforehand. Needless to say, I made sure to catch his closing set the next day.

Headlining a festival and premiering a film is not an unusual feat in the universe of Jeff Mills.

His closing set at this year’s Movement festival stands as a towering example of why techno must be experienced live to be truly understood. And why it is ideal to be in Detroit for that experience, at least once in your life. Within the cradle of Movement’s concrete main stage, you’ll find Detroit Techno’s heart.

Mills appeared onstage in a 60’s-inspired sky blue shirt and pants, modestly greeting the crowd, and got into things fast. I can see why they used to call him The Wizard. At one of the greatest house and techno festivals in the world, and in what will be one of the most memorable summer festival seasons in our collective memories, Mills delivered a set worthy of the 3-year wait. 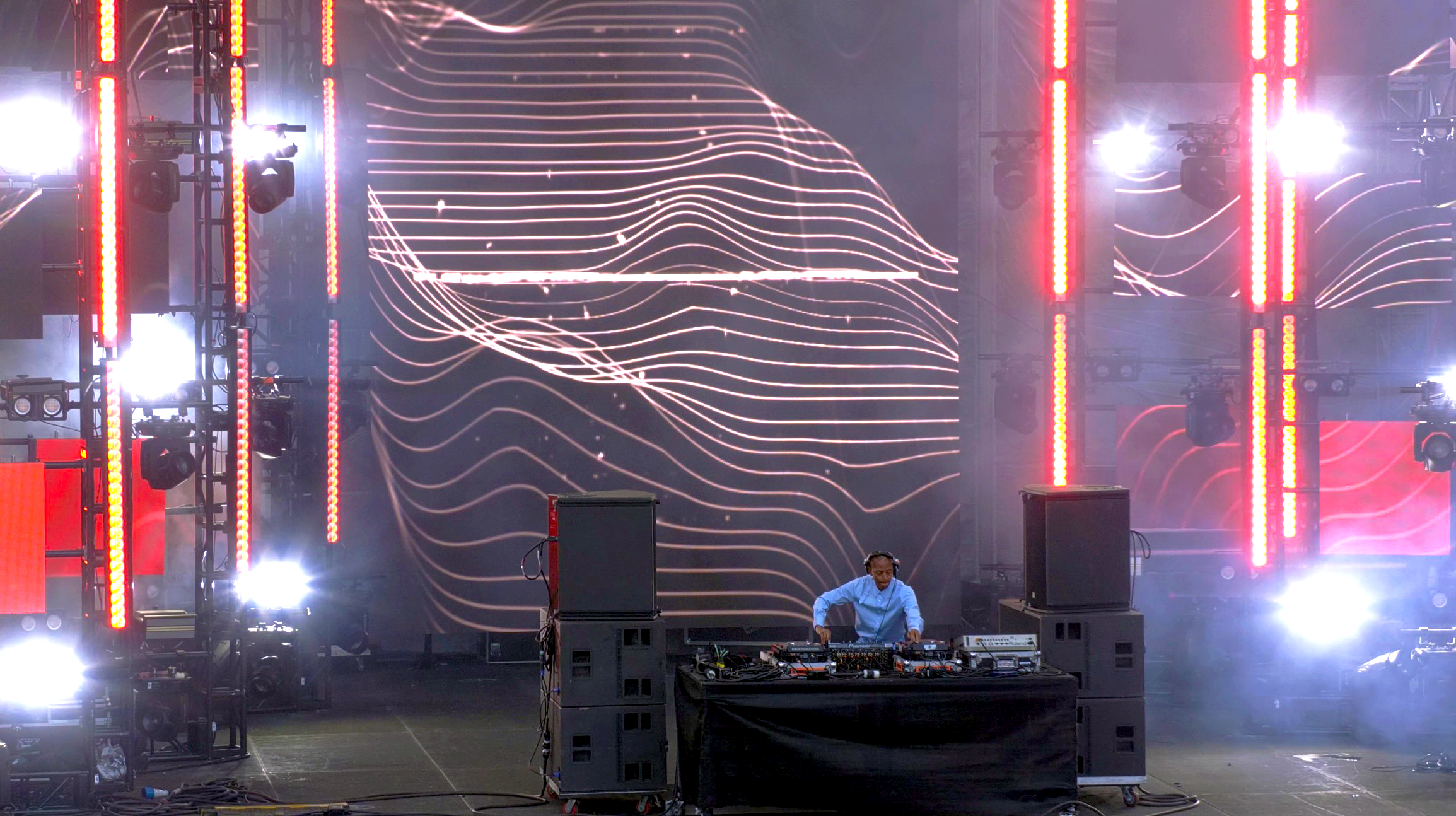 Imagine it feels like you’re in a wind tunnel, getting goosebumps from the bass. With the sun setting on the city skyline behind the stage, it was a distinctly Detroit moment. To witness the graciousness of a master at work, especially one who is deeply in touch with his past, present, and future…

This is why we came. 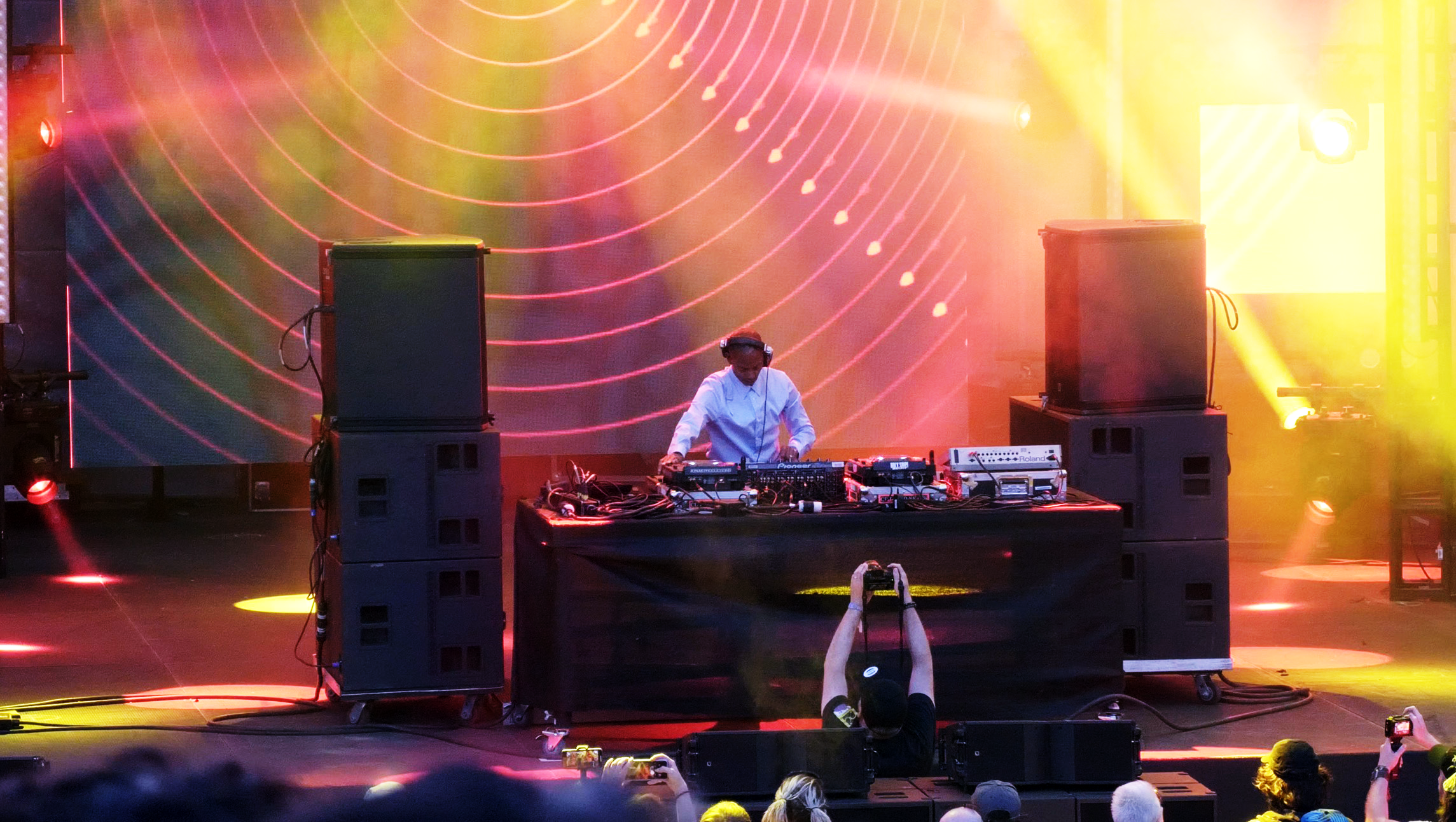