This month is Women’s History Month, so we have to shout out the ladies that are killin’ the game right now. We know there are mad female producers on the rise and making money moves out there. But we’ve decided to limit it to female trap and rap producers, because, well… that’s just what we like. We’re proud to say this list includes a wide variety of female trap and rap producers. All the ladies on this list come from different cultural and musical backgrounds. Let them be an inspiration to all the women who want to get into music!

Here are 10 female trap and rap producers who we’re watching out for, in alphabetical order: 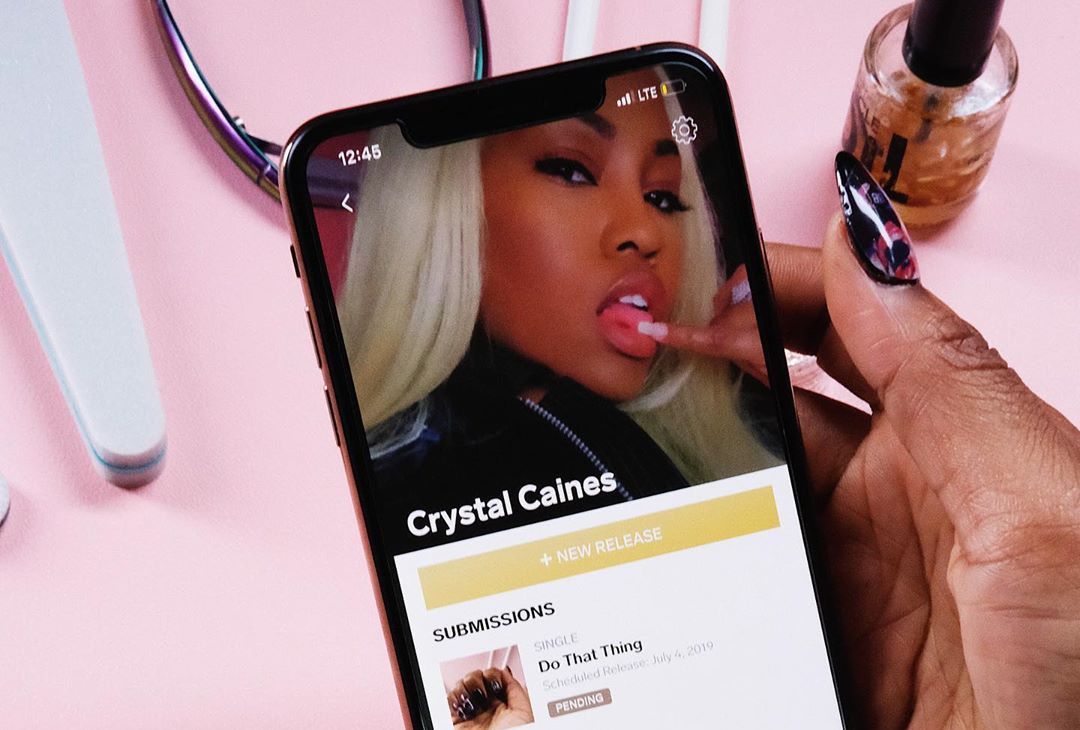 If you like trap and hip-hop, you should definitely learn about Crystal Caines. She’s a Guyanese–American rapper, hip-hop record producer, artist, and songwriter from Harlem, New York. She’s both in the hip-hop and electronic music space, working with artists like A$AP Ferg, Dave East, and Bauuer! Her song ‘Gather Round’ featuring FOURTEE and her collab with Wondagurl (who we’ll be talking about later), ‘Play Tough’ make anyone girl feel like they can take on the world. 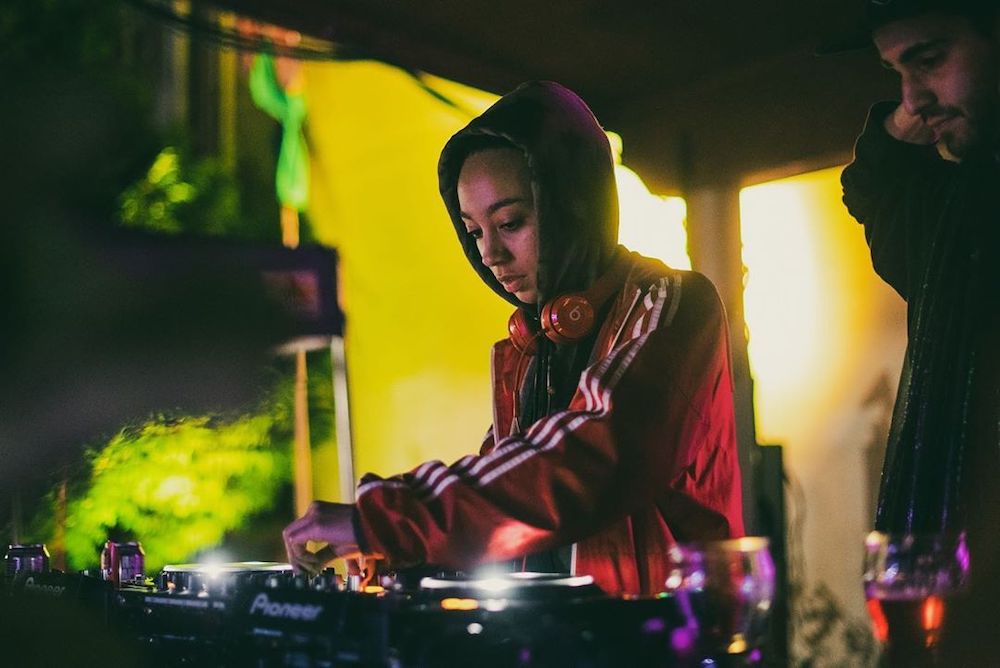 LA is unofficially home of the trap, so it’s no surprise Emily Patterson, aka episcool, resides here. She consistently puts out some of the best beats and is criminally underrated. Whether you want some grime or something more chill, she has something in store for you. The best examples of her being able to seamlessly blend different subgenres of trap in one track are one of her newest songs,  ‘wasabi’ and her collab with Dabow called ‘gastown.’ 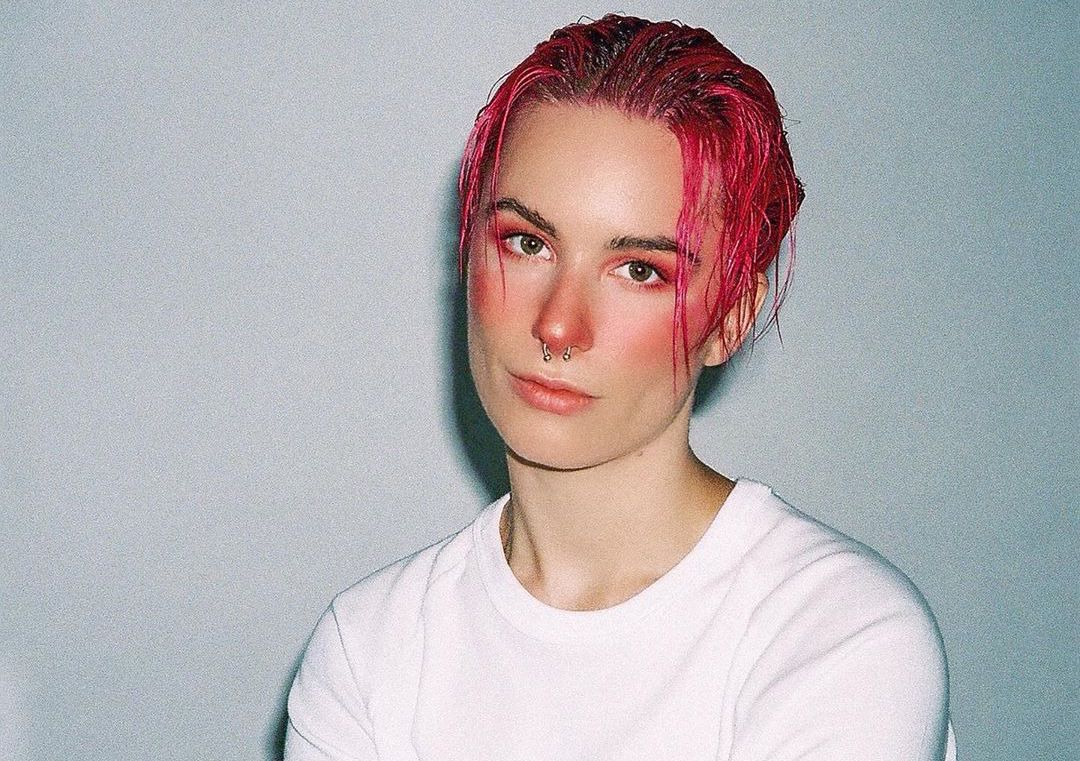 If you’re a classic trap junkie like us, you’ve gotta check out Godlands. Her music is the chef’s kiss trap of all trap. Not many people create pure trap anymore, so if you have a trap void you need to fill in your heart, Godlands will fill it. While she’s worked with legends like Stööki Sound (with her song ‘No Stress’ featuring Jelacee of Stooki Sound and Jeanie), she also makes bangers of her own. Like, have you heard her new track ‘Smoke Em Up,’ yet? Needless to say, I’m fucking obsessed. Get to know more about her in our interview with her. 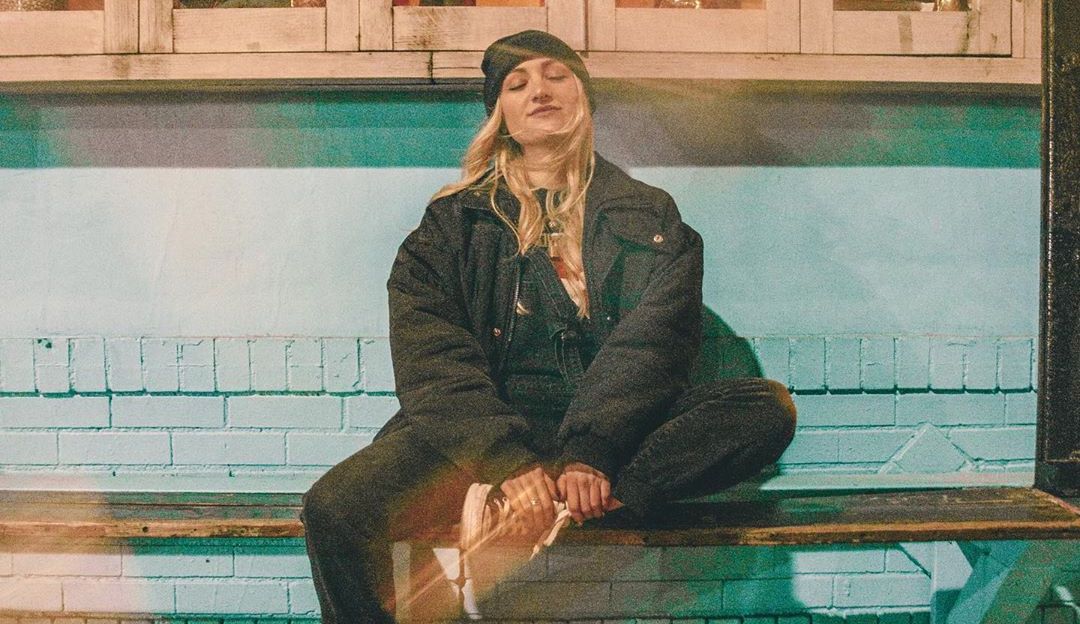 While we’d consider Jeanie more of a bass artist—based on her live shows—rather than trap, she did start off as a trap artist. And she also consistently drops trap tracks on her SoundCloud, even recently collaborating with Godlands, who we mentioned above. She’s from Brooklyn, so I obviously stan, but even 2 of her more recent tracks, ‘SPEED’ and ‘HEADSHOT’ are a trap and bass lover’s dream. 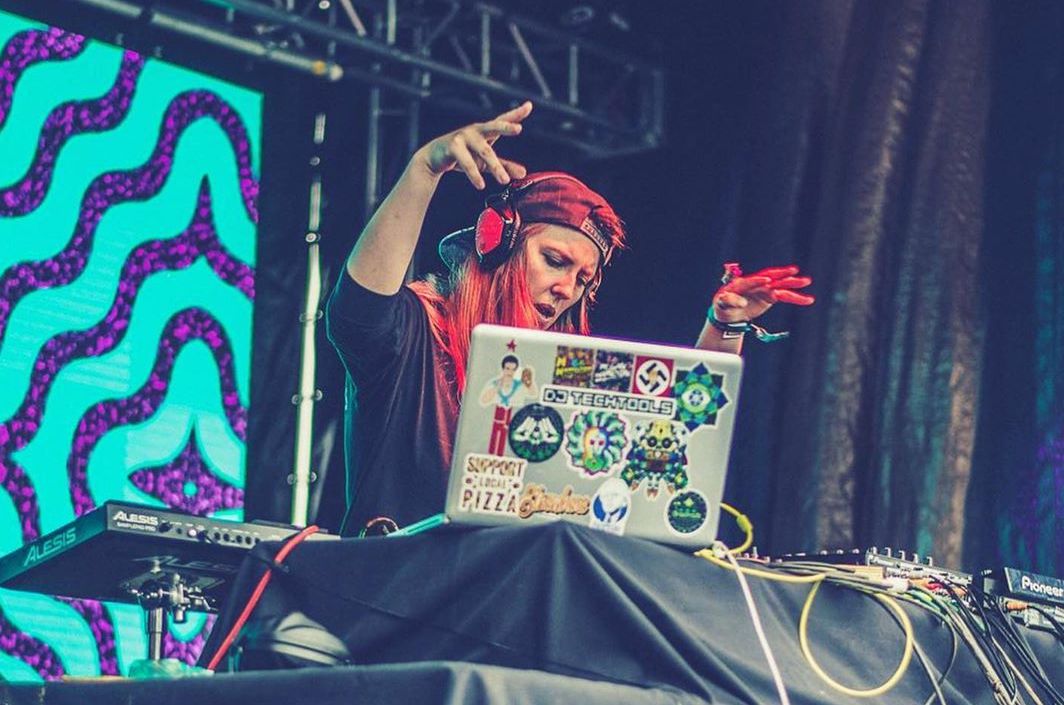 Now I’m a little biased with this one (she’s not really trap or rap) because I just spoke with her on the phone and she was chill as fuck. Megan Hamilton is super dope and although her genre is technically midtempo funky house, her inspiration comes from classic hip-hop like A Tribe Called Quest, and it really shows. Her tunes come with a groovy, rhythmic melody that you can easily dance to, very much so in the spirit of ATQC. She never shies away from showing her hip-hop roots and even started off by producing hip-hop.

Megan Hamilton labeled one of her songs ‘Low Low’—which she also produced, did the vocals, instruments, mixed, and mastered—as future bass. But with those snares and vocals, I’ll have to make an executive decision and say it is, in fact, trap. Her love of hip hop shines as she also remixes a lot of hip-hop songs and gives her own flair to them like in one of my favorites from Megan, her flip of  Kendrick’s ‘Humble.’ 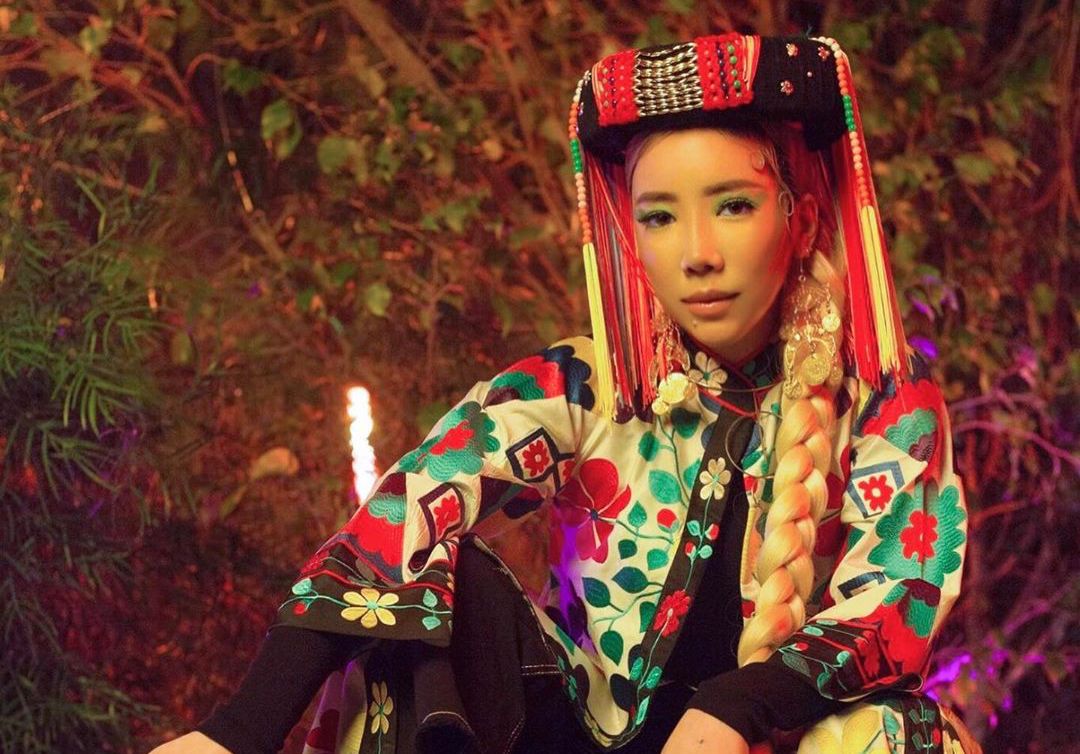 If you haven’t seen TOKiMONSTA live, you’re missing out. The girl knows how to put on a good show. We wouldn’t call LA-based producer, Jennifer Lee, a female trap producer since she wears many hats. Plus, she’s worked with artists like Lil Uzi Vert and Earthgang. But we can confidently say her music and live shows have enough trap elements to put her on the list. TOKiMONSTA was diagnosed with Moyamoya disease in late 2015 and she had to undergo two brain surgeries because of it. For a short period of time, she had lost language and comprehension skills yet still began working on Lune Ruge, despite her health struggles. Lee is the epitome of ‘I’M A BAD BITCH, YOU CAN’T KILL ME!’

While her genre variety can’t be beaten, there’s no denying that rappers love working with her like ‘NO WAY’ featuring Isaiah Rashad, Joey Purp & Ambré and ‘Fried for the Night’ featuring EARTHGANG. 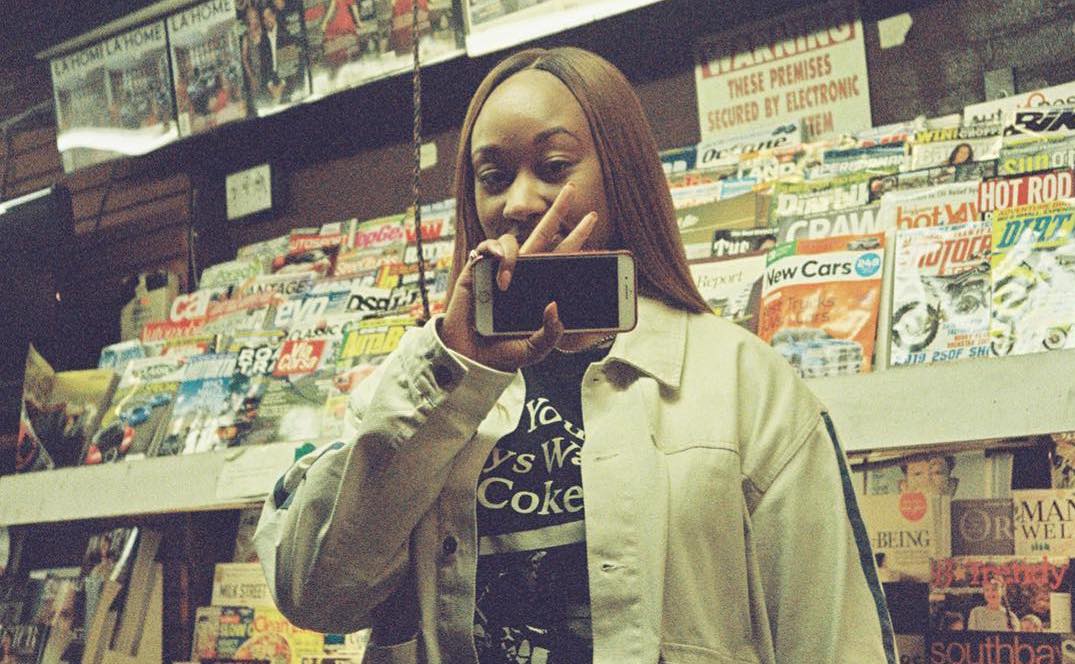 How have we not heard of Shakari Linder, aka TRAKGIRL, before? She’s been featured on Forbes, Complex, BET, and has worked with names like Jhene Aiko and Omarion. Linder is using her girl power for good, encouraging self-awareness and women empowerment in the music industry! As an entrepreneur—she doesn’t stop there. Linder also runs lifestyle brand, PAY US TODAY. The company’s mission is to get creators and producers a fair wage as well as fair business rights.

If you love hip hop, you better start learning TRAKGIRL’s name because her producing skills are off the charts. She helped create R&B and hip-hop bangers like Crystal Cain’s ‘Black Jesus’ and King Chip’s ‘Queen.’ 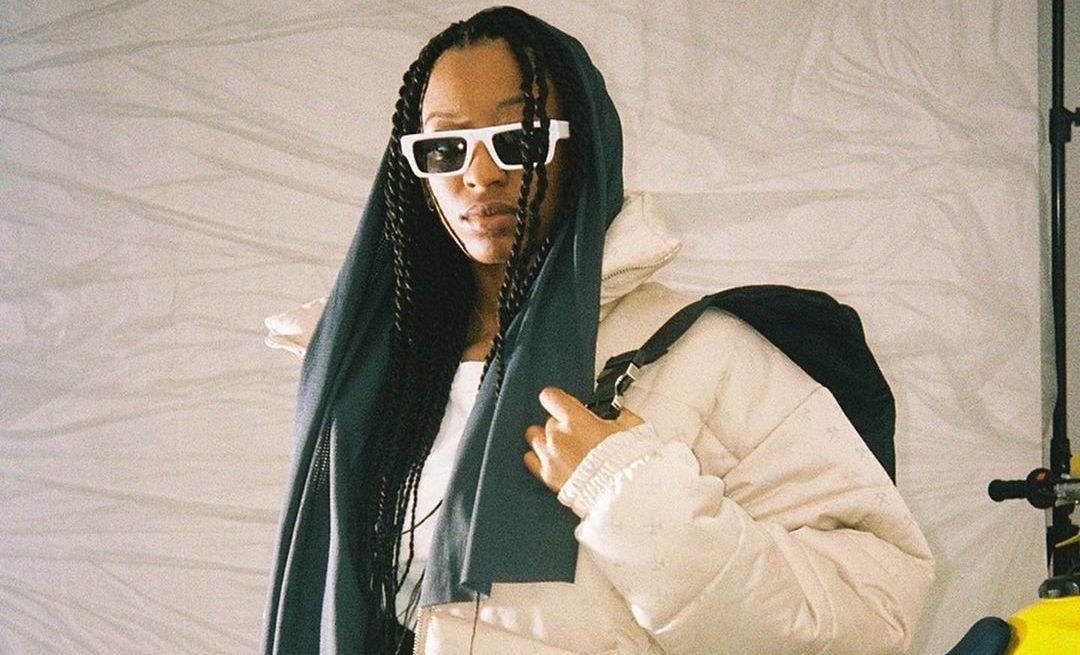 Née Ebony Naomi Oshunrinde, Wondagurl is a Canadian producer who has worked with huge names in rap like Jay Z, Kanye West, Drake, Big Sean…and the list goes on. Her discography is stacked. Her influence on the hip-hop community can’t go unnoticed. And her work ethic is unmatched. She started producing at 9 years old, on her keyboard with drum pads. By the age of 15, she had won first place at Battle of The Beat Makers competition.

Speaking of huge artists she’s produced for, Wondagurl was the one who producted Lil Uzi Vert’s ‘Scott and Ramona’ and Juicy J and Logic’s ‘Ain’t Fuckin Wit Cha.’ 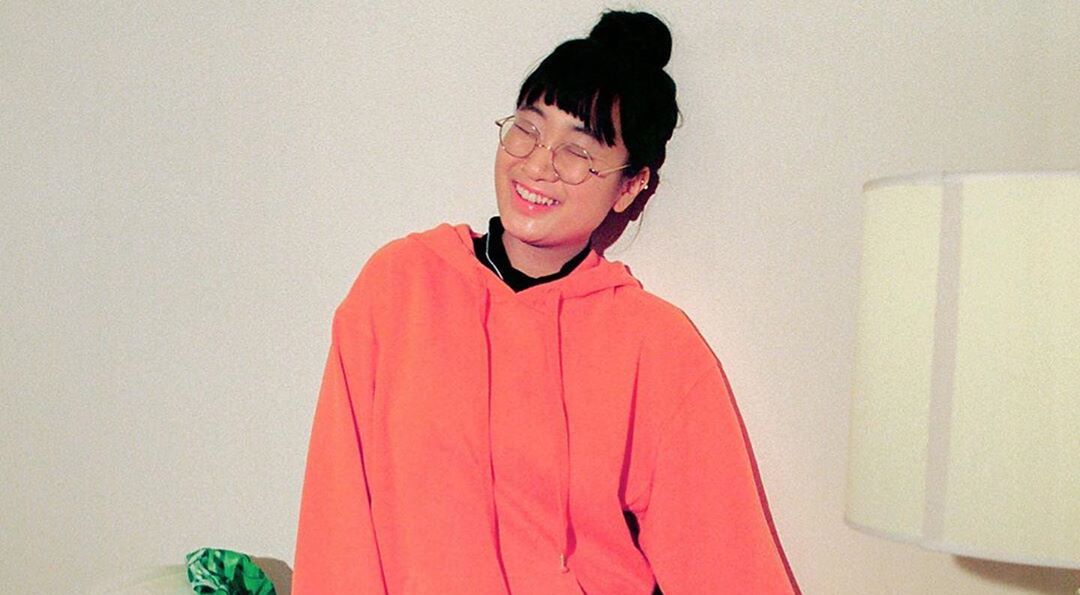 Korean-American producer Yaeji is wildly known in the electronic music community. Her unique style of music has listeners dancing passionately, seductively, slowly, and on beat. She blends house and hip-hop seamlessly while incorporating her heritage in her music She uses both English and Korean vocals in her tracks, and we’re here for it! The Brooklyn baddie performed her first Coachella in 2018, so we can’t wait to see what else is up her sleeve.

The best example of Yaeji’s hip-hop mixing is probably her “Yaeji Season: Yaeji’s All Season Mix.” Can confirm this mix is good to go for all seasons… but especially Hot Girl Summer season.

Want to listen to the female trap and rap producers we’ve mentioned in this article? Listen to our playlist below!

Who Can You Trust? First Look Images From Season 3 Of ‘Power Book II: Ghost’