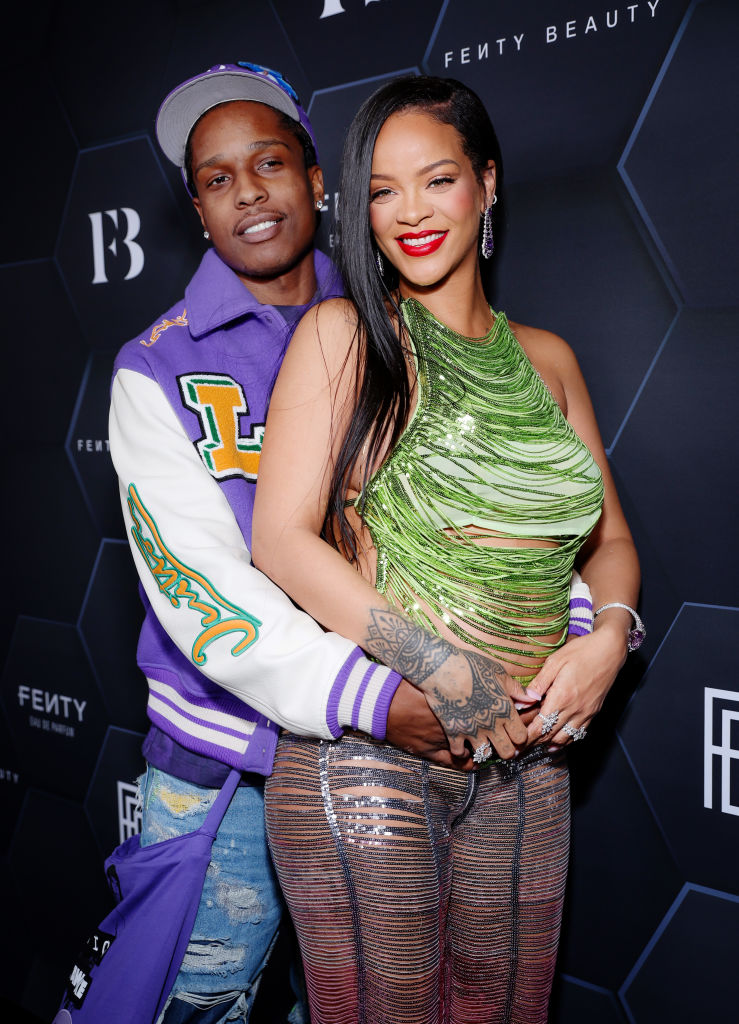 A$AP Rocky drops off his latest single “D.M.B” with a a captivating visual featuring his gorgeous baby mama, Rihanna.

The video was obviously filmed before the couple discovered they were expecting. It features the two doing a series of their usual day to day activities like rolling up, sipping wine in the neighborhood and a montage of her greeting him when he’s released from jail.

“D.M.B.” seems to be an acronym for “Dat’s My B*tch.” The song and visual feels like an ode to their flourishing love and relationship. Throughout the video, the couple displays their love in their own special way. Fans see one clip where Rocky smiles with gold fronts that spell out “marry me?” and then a cut to Rihanna’s gold teeth saying, “I do.”

This is the hood love story that no one was expecting, but that everyone loves to see. We aren’t sure if Rocky and Rihanna actually tied the knot, but Rihanna in a red gown adorned with red roses while Rocky is handsomely suited in a tuxedo is the visual we always hoped for.

Many fans send the Harlem rapper praises in the comments underneath the video. Some say he isn’t always given the credit in mainstream music for starting trends, flow, styles and sound. Others are saying that his visuals are always masterpieces and works of art.

Sadly, Rihanna still hasn’t given us new music, and she is seemingly focused on making space for their baby (which should be here in no time). She also recently announced Fenty’s perfume line. The woman is unstoppable and that baby will be beautiful and blessed.

Check out A$AP Rocky’s new video for “D.M.B.” below. Stream it here.