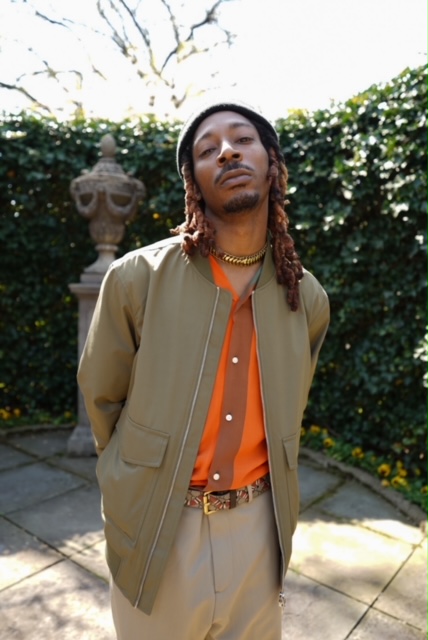 If you don’t know Beau Young Prince, it’s in your best interest to get to know the D.C. creative as soon as humanly possible. The singer-songwriter-rapper is one of the most versatile talents to ever hit the entertainment industry, possessing the kind of work ethic reminiscent of many of music’s greatest names.

The self-proclaimed ‘Groovy God’ has performed alongside the likes of Young Thug, Post Malone, Playboi Carti, and Vince Staples; headlined Cleveland’s Rock & Roll Hall of Fame; signed to Def Jam after establishing a cult following in his hometown; and, has officially ventured into cannabis.

Most interesting, in our humble opinion, is how he’s managed to infiltrate the television, film, and gaming industries by way of music. Beau Young Prince has credits on the soundtracks for Coming 2 America, Yes Day, The Hate U Give, and more. In fact, his song “Let Go,” featured in Spider-Man: Into The Spider-Verse, earned him a Grammy nomination and went 2x platinum earlier this year.

Get to know BYP more via our quick chat and be sure to follow him on Instagram to stay tuned on his career moving forward.

On How He Came Up With His Moniker ‘Beau Young Prince:’

Beau Young Prince is me. I was born Beau Young. I added “Prince” overtime due to my love for the artist, but also because I was the only boy in my household. In essence, that nickname was given to me by my immediate family. Growing up I loved watching clips of Prince and Michael Jackson performing. I was amazed by the musical ability of Prince and how he could play every instrument, and I loved how Michael was so fluid on stage. I began taking up Bass, Steel Drum, music theory, and learning how to really craft music at an early age ultimately creating Beau Young Prince. I wanted that MJ “King of Pop” title or legendary feel that you get when you look at an artist with a name like Prince. I believe that your name is everything. Beau literally means handsome, or a dandy dresser in French, which I can dig.

On His Greatest Musical Influences (Past & Present):

I have a wide range of musical influences due to my upbringing. I was surrounded by records because my mother had a vast album collection, so obviously I’m influenced by the classics: Prince, Michael Jackson, Marvin Gaye, James Brown, The Stylistics, Curtis Mayfield etc… Having studied classical music and jazz I loved everything from Coltrane and Ron Carter to Brahms and Henry Mancini. The BYP sound is a mixture of textures inspired by 2pac, Outkast, Tribe, Digable Planets, Kendrick, J. Cole, Cudi, and Ye to name a few.

Black Music Month: The City of Atlanta Introduced The Black Music and Entertainment Walk of Fame

Happy Birthday: Here’s Why Takeoff Is The Best & Most Underrated Member of the Migos

Black Music Month: The City of Atlanta Introduced The Black Music and Entertainment Walk of Fame

jELACEE Is Flexing All The Right Vibes With 'tIMBER' – FUXWITHIT